(OOC: This occurs prior to her trip to Songhall on the previous page.)

She waited a long while for them to be gone.

There were certain advantages to the weather; the snow seemed ever-present, persistent and dreadfully oppressive when juxtaposed with the mood of the city. Auril seemed intent on having the last word in Impiltur, their dead boy king be damned; she clearly cared not a wit for propriety when it came to leaving Sarshel to its grief. Wynna had ample time to reflect on these things, and their benefits, as she hunkered down behind the snow drift close to the Golden Quill, watching the workmen cart things off into the cold, the overseer meticulously checking things off from his inventory. It had only been an hour ago when she approached them and, unsuccessfully, attempted to learn more of her former employer and the destination of his trove beyond the town of Songhall.

It had not been snowing, then, at least.

Just as Lathander began to sink past the walls of the city did the second group appear, stirring the camouflaged woman from her cold-addled stupor. Leathers, longblades, grim faces that were no further pleased by the cold than anyone else was. Glorified caravan guards that Wynna watched manhandle the exquisite scroll cases and tomes of Samere's collection, watched them take custody of it all with their gruff, calloused hands and bored expressions to add it to Songhall's vault of knowledge, to languish and chafe.

It was all she could do not to spring out from the cover of the drift and rush over there with all the indignant fury a scholar could muster. Perhaps someone of Rulovic's caliber could have stopped them, given them pause. He was not a pretty woman, though, not someone they would sooner bark at to run home to her husband and stop playing at a game for men. Such was the image Wynna conjured, at any rate; fantasy-fueled hatred had a way of keeping one warm even during the coldest of moments.

By the time they were leaving, it was snowing. They all, the guards, the workmen, the overseer, all of them seemed to fade away into the wall of snow one at a time, like ghosts with the sun's rise.

She waited another hour after that, the snow pounding down. No one bothered her, and the few who passed by the alley she was situated in could not hope to see her; white on white. She had designed her latest outfit with concealment in mind as much as warmth. Perhaps not ideal in the wilderness, but Wynna was a woman of cities.

By the time she felt it safe enough to continue, that they were well and truly not returning to the site of her former employment, only then did Wynna begin to slink over towards the building, moving through the blowing wind and snow with only the barest of noise as her boots crunched through, lost in the wind.

She had not far to go. By the time she reached the small back window, a place where she spent precious minutes of her time when not under Samere's withering gaze fantasizing and marveling at the romance of her new life in Sarshel, her dagger was free from her leg strap. Using the flat of the blade as leverage, she grit her teeth as she pried off the nails from the bottom-most wooden board, tossing it into the snow thereafter. She repeated this five more times and, being a woman of little strength, was panting and breathing rapidly from the cold and exertion when the board finally came free. There was just enough room; a narrow fit for anyone else, but Wynna had squeezed through tighter openings in her life.

She'd have gone on to prove that immediately, had a sudden light from the road not caught her attention; she was on the ground instantly, flush and immediately miserable. Gritting her teeth and unable to master her shudders, she watched as a lone guardsman wandered down the road, his lantern shining too brightly for Wynna's liking; the snow played hell with the light.

The distraction was temporary, much like the guard's presence. When he was gone, Wynna sprung back up and, shivering frightfully, twisted and struggled her way in through the window of the Golden Quill, collapsing in a graceless heap on the other side, where the cold was only barely lessened.

But cover was cover. Wynna savored it, breathing heavily on the floor for a minute or so before she stood up again. The window had been taken out, and so she was left with naught but the fur of her cloak and the walls to protect from the wind. It was enough. When she had enough of her senses returned to see to the task at hand, she removed her torch from its oil-cloth protection and struck it alight, mentally preparing herself for anything.

The backroom was desolate; nothing was left. The shelves that had been set into the walls had been taken out, the furniture was gone, and the carpets too. Only counter-tops and modest oaken walls remained, a far cry from the busy room full of sheets, parchment and papyrus that Wynna had toiled away in.

And what had you expected?

Wynna stared at the floor, her cheeks reddening in frustration and disappointment. She had seen the men take away everything. Why did this affect her so direly? She knew there would be nothing left. Nothing of his humble bed in the room further back where he slept, nothing of the quaint furniture he ensured that she not damage with her 'bumbling', nor the antiquated chair that he sat in when he deigned to instruct her on Sarshel when the mood took him. The chair he sat in when he told her that she was no longer needed.

All empty. She went into his former room anyway, little more than a closet in any other setting; the man had lived in austerity, living for his trade and the pride in his knowledge.

Outside, the wind howled. Nothing was left. She checked the floorboards, the ceiling for indents or oddities. Nothing. No conspiracy, no sign of struggle. No cultist markings of the Black Sun or the Lady of Loss, no one to blame. All wiped away clean by the workmen and their orders. She hated them dearly right then.

Shambling, she retreated to the front. The counters were stripped, the glass displays gone. Nothing, nothing, noth-

An inkwell. She jerked, physically, at the sight of it. It meant nothing to her; a bauble for sale that she doubtless would have found hopelessly quaint when she had worked here, was now an island of promise in an otherwise desolate landscape. She scurried over, nearly letting out a girlish squeak of victory when she found a humble box for calligraphy brushes just nearby, still on the shelves that remained. Survivors of the workmen and their careless hands.

Wynna looked at them exhaustively. A minute each, her green eyes wide and analytical with each bauble. Both times she put them down again, feeling drained and ridiculous for getting her hopes up.

They meant nothing. No clues, trinkets that represented nothing more than laziness on the fault of the workmen. An inkwell with a gaudy floral design and a box fit for a scholar on the move.

She gingerly placed both in her side pouch, leaving the Golden Quill well and truly empty of any sign that Samere had ever inhabited the place. Outside, the wind howled. 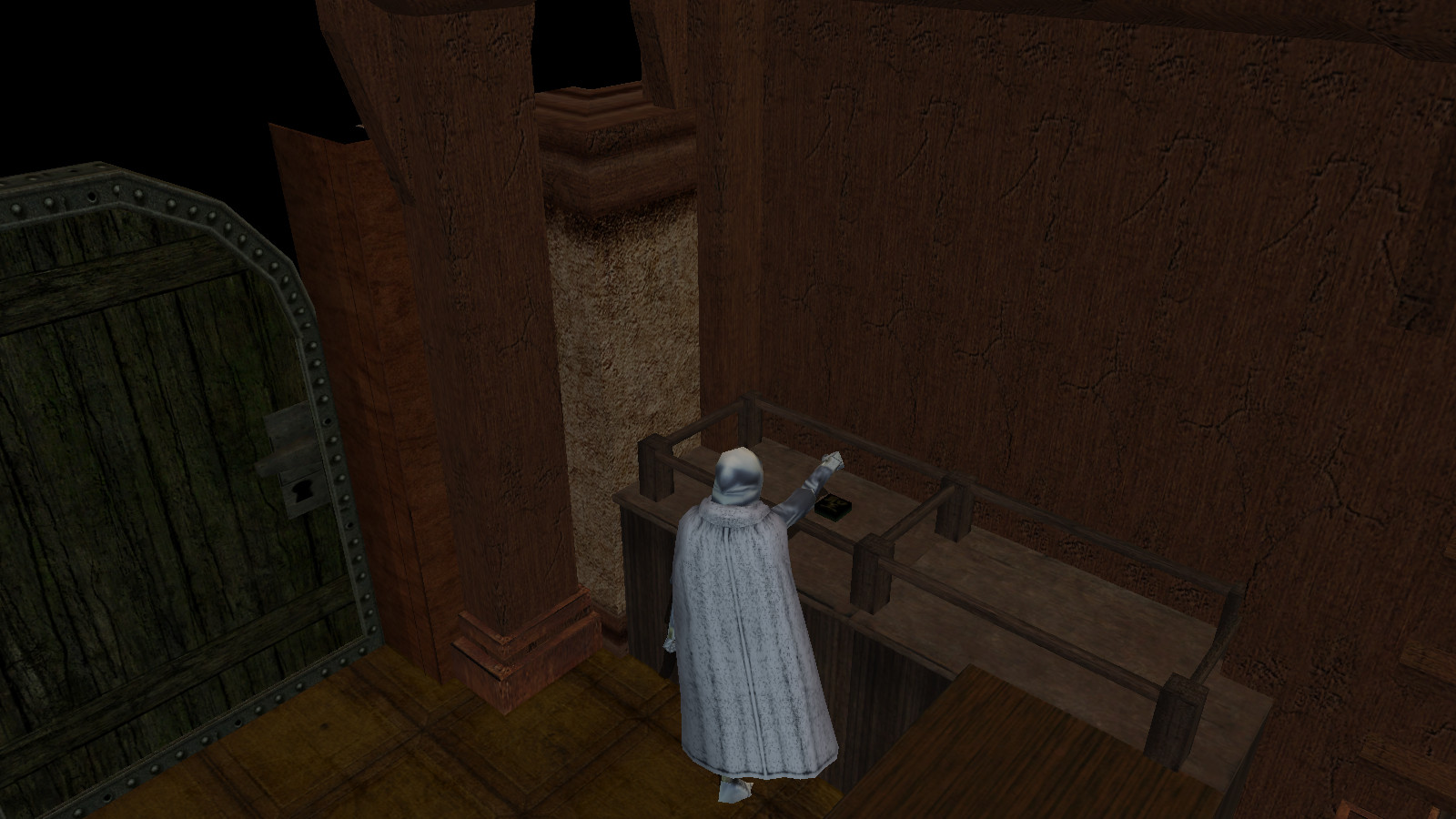 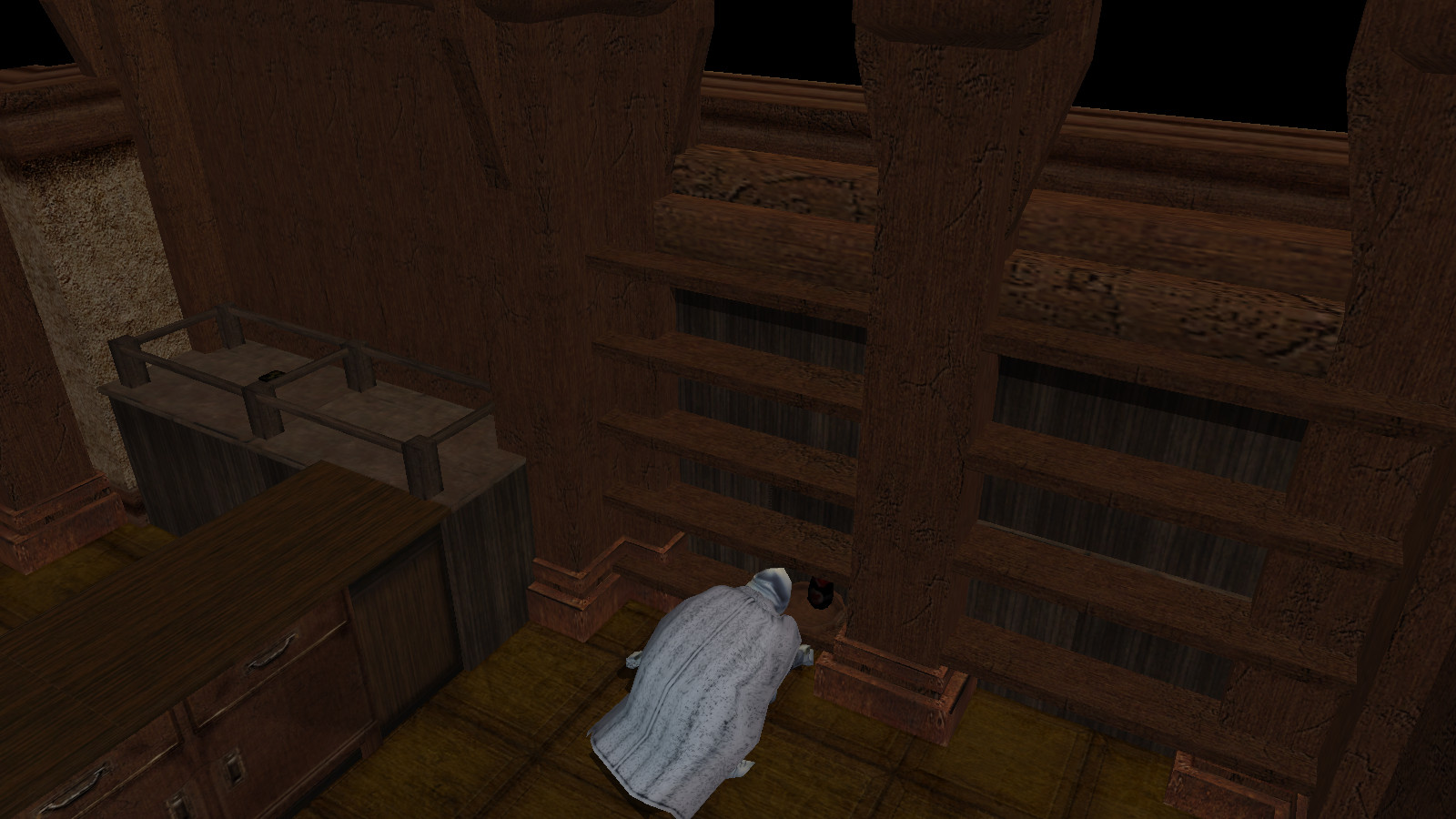 Wynna left the way she came, squeezing between the wooden boards and the window. Nothing awaited her outside but the snow and the chill of Impiltur's persistent winter, and her petty larceny had revealed nothing but the further compounding of her disappointment.

Not for the first time since she stumbled upon the workmen, she wondered why she should care so much for the old man who had used her and discarded her. This, along with everything else, all her late nights researching, her flirtations with crime yet again... they were running her ragged.

And not for the last time, she had no answer to that question as she vanished once again into the cold night, much like the men who had come before her.
Wynna Blackwing - Scholar of history, ruin delver, intrigue dabbler
Rannie Marrinson - Knight-Errant, Paladin of Sune
Teobald Grzywacz - Outentown peasant, ranger and adventurer